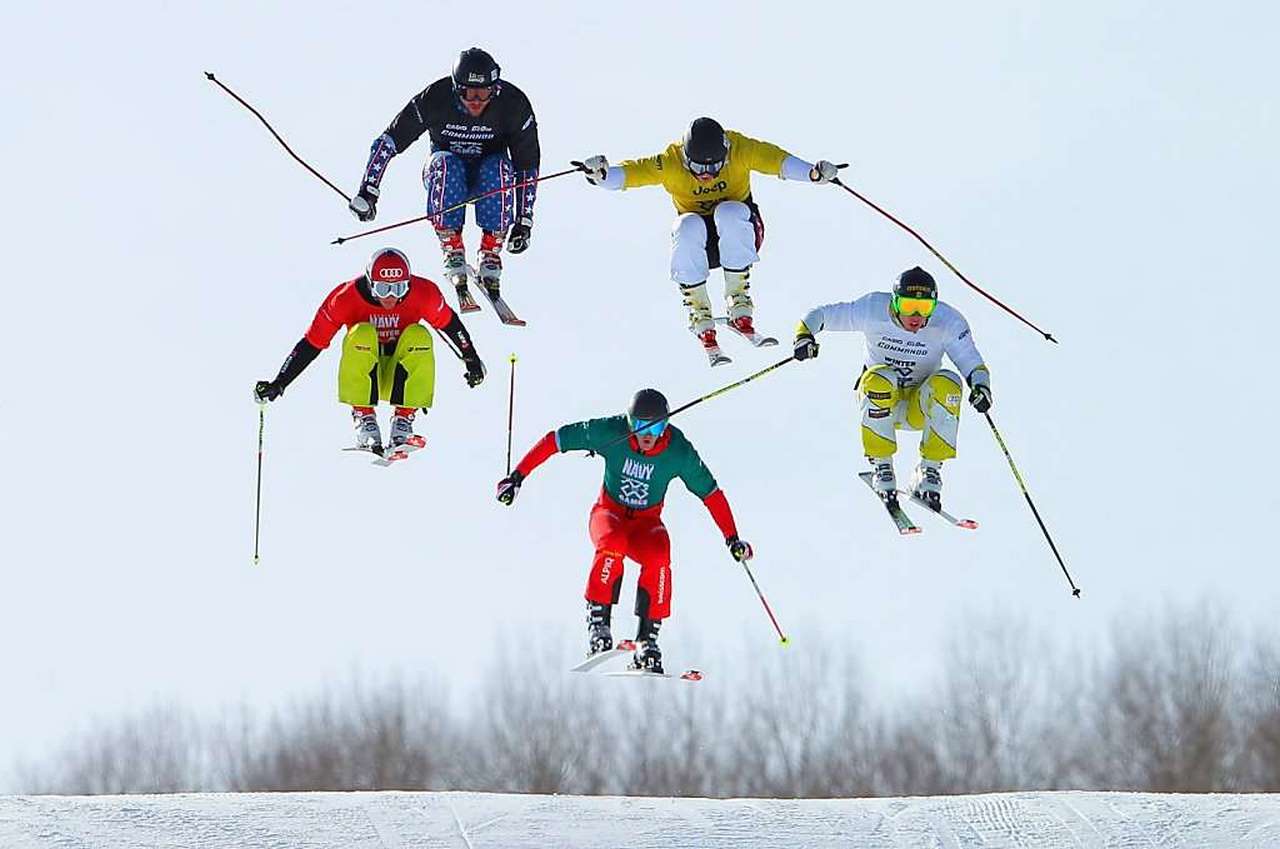 Do you know what the different skiing style are?  What's on earth is XC and telemark?

Not everyone knows the difference between downhill and cross-country or alpine skiing and Nordic skiing. So, let's bust some jargon and explore some of the different skiing styles. Cross Country skiing is known as XC skiing and uses the Nordic technique (see below). This type of skiing is basically involves propelling yourself across rolling terrain under your own steam rather than by gravity. i.e. skiing down a slope.  Cross-country skiing is done on long thin skis which are attached to flexible and light boots. There are generally two cross-country skiing styles: Classic cross-country is a bit like running, though with a shuffling and longer stride. Cross-country skate skiing is, as the name suggests, rather more like ice skating where you push from side-to-side. In contrast to cross country skiing, downhill skiing normal involves taking a ski lift up, and then skiing back down a slope. Downhill equipment normal consists of much wider skis and heavier, stiffer boots. As with cross country, there are also two style of downhill skiing; Telemark (also known as Nordic downhill) and Alpine. There used to be a time where there were big differences in the equipment with the Telemark kit resembling heavy-duty cross-country gear. Nowadays, it's more similar to alpine equipment,  with the exception that the boots flex at the toe and the bindings permit the heel to move. Nordic skiing is a technique rather than a style, where the toe is firmly fixed to the ski, but the heel is free to move. There are basically four types of nordic skiing: telemark, classic cross-country, cross-country skate skiing (see above) and Nordic jumping, where skiers jump for distance rather than doing freestyle tricks. At the Winter Olympics, there are no telemark events , but the other Nordic events are represented. Additionally, the Biathalon combines cross-country skiing with shooting marksmanship and is also an Winter Olympic event. Alpine skiing by contrast to Nordic refers to binding that fixes both the toe and the heel of the boot to the ski.  Of course your boot is released from the ski in case of a fall or other strong force. Although there's really just one form of alpine skiing, there's a lot of variation.  This includes several Winter Olympic events such as slalom, super G, giant slalom and downhill racing.  Then there is moguls, aerials and ski cross and freestyle - all variations of Alpine. Most of these variants of alpine skiing are all considered downhill skiing.  But just to confuse things further Alpine Touring (also known as Randonée or AT skiing) see the skier climbing up under their own steam before they ski down. This type of Alpine skiing is done a speed down a slope where the skier is required to navigate themselves between poles or "gates", often against the clock making it quite adventurous. historically, the Slalom gates were made from flexible bamboos canes but they were later replaced by modern plastic poles hinged at the ground. Nowadays, Slalom skiers can be seen using cross-block technique where the gates are knocked down with arms, shins or hands and the legs go across the poles.  Super giant slalom (also called super-G) is a faster downhill "speed" event. Freestyle skiing, also know as freeskiing or jibbing, is a style centred on performing tricks and stunts.  It sees the skier performing aerial tricks, flips and spins.  Add to these aerial displays the use of sliding along rails and boxes on their skis and you have a thrill filled sport.  It was first included in the Winter Olympics in 1994 as the first Moguls Championship. In the USA it is referred to as Backcountry skiing and in Europe is it referred to as Off-Piste skiing.  As the latter name suggests, this type of skiing is done away from the groomed pistes either within or away from a ski resort.  Many skiers are attracted to the solitude and freedom that comes with such off-piste skiing. The modern skiing alpine ski equipment are making this style skiing more attractive and accessible. You should seek the aide of local guides and instructors before heading out into the remote wilds. Adaptive skiing is often associated with people with disabilities. It more accurately refers to specialist ski equipment to enable less abled people with the support to which they can ski and enjoy the thrill and freedom on the slopes. A popular trend taking place right now is the use of a snow scooter. Like a tradition scooter but with a single or split (steerable) snowboard style blade.  Often seen used by freestylers in the snow parks pulling off amazing tricks, flips and stunts.

So, as you can see, there are many different styles of skiing including both Alpine and Nordic techniques of skiing. Remember that nordic covers both cross-country and downhill styles. Therefore it's not accurate to say that Nordic is synonymous with only cross-country. Remember, the most important thing is that all forms of skiing are super fun and if you're already doing one style of skiing, trying another! Find an instructor and go have some fun!